I shall start this essay by exploring the exhibition’s title. Echoes of Absence. This title opens up conditions, both complex and difficult, of tension that cannot be dissolved.

The first condition of tension is that between what we can hear and what we can see, between audible and visible.

Can we only hear an echo? Or can we also see it? 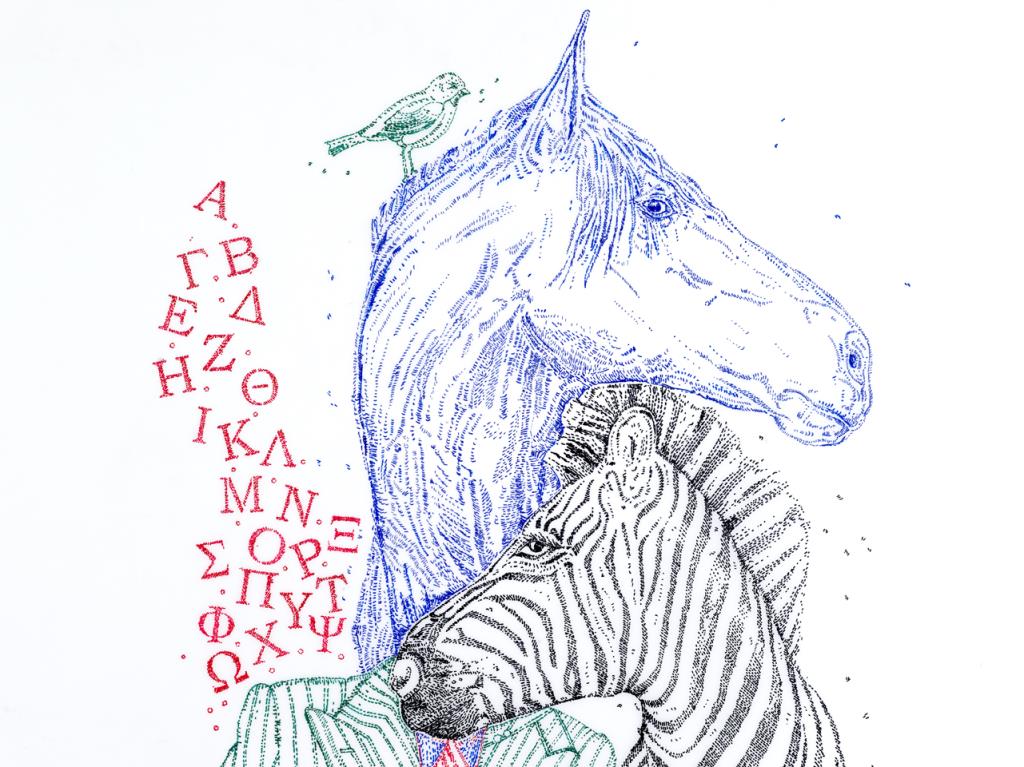 The second condition of tension is that between body and voice.

Is the body able to develop its own voice? What form of its own does this body-voice assume? How do artists experience this space between voice and body and how do they transform it – from an aesthetic point of view – into a condition between body, voice, audible and visible?

The third condition of tension is that between absence and presence. Is absence the mere opposite of presence? No, absence is, rather, the presence of the presence’s absence. Absence qualifies itself as absent by its presence. It is this paradox that determines and, in its form, constitutes the condition. How may the fragile state of absence be evoked as that of presence and be kept in the absent balance, even though it shall be classified as exactly that, i.e. absent. How do artists experience this space between body, voice, audible, visible, presence, absence? 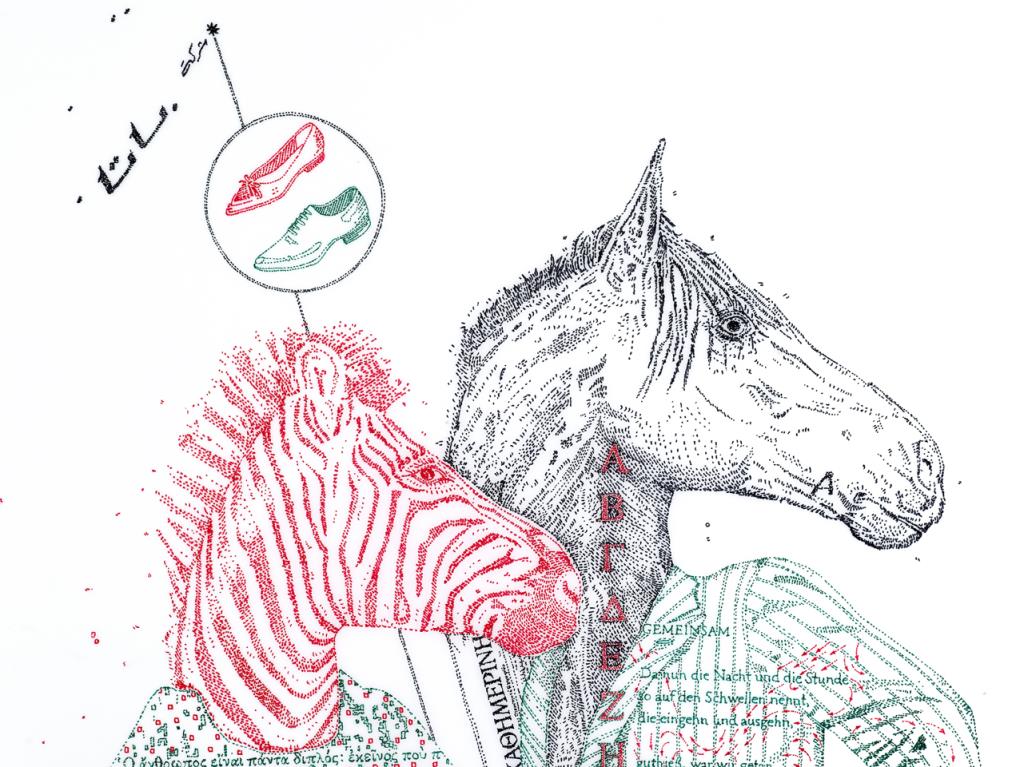 In his alphabet series, Alexandros Maganiotis dedicates to each letter of the Greek alphabet one of his works. The letters evoke the name of an animal. This denomination is the first echo. Everything that is not present is evoked by a name. This name becomes an expressed echo of the denominated absence, which is summoned by the voice in spoken word. The denominated object thus becomes both present and absent. The denominated animals – literally denominated by use of the letters of the alphabet – become creatures of a mythical-anthropological zoology, arising out of imagination, not out of an already existing mythical-anthropological zoology. They turn into a horse-man or a zebra-woman. These human-animal-bodies shift into positions that – did their bodies actually exist – would be most difficult for them to adopt. The impossible makes reference to the echoes of politics, social life and culture being an obstacle of a transgression of their conditions and rules of the game. The impossible finds its counterpoint in the lines which do not form a continuous figure but consist of individual spots, thereby making reference to their permanent state of being interrupted.

Absence is not the opposite of presence.

Absence is the presence of presence’s absence. 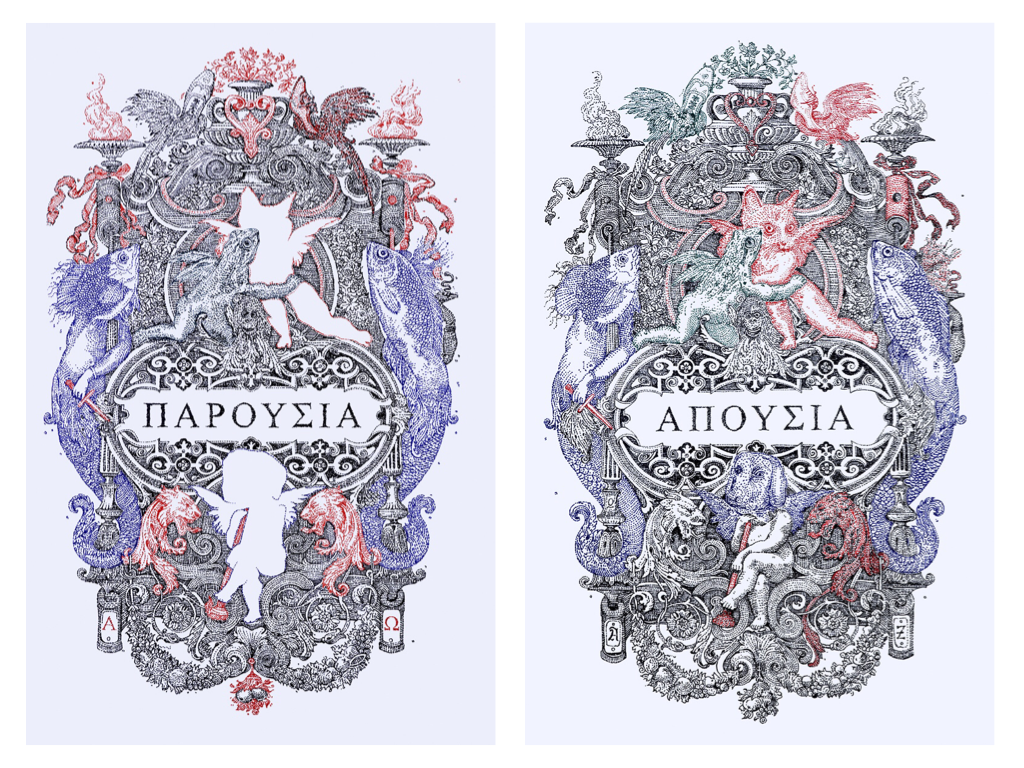 In Greek mythology, Echo is a mountain nymph who first loses her power of speech and can only repeat what she last heard from others. Echo means the repetition of something already said by others in their own voice. Finally, Echo will lose her body, being reduced to a mere voice. Echo symbolizes the above mentioned complex and difficult conditions between bodies, voices, audible, visible, presence and absence. The position of Echo is precarious. In modern use of language, echo means a sound resonating throughout times, a trace of an elusive memory, upholding an idea but also locating obstacles.